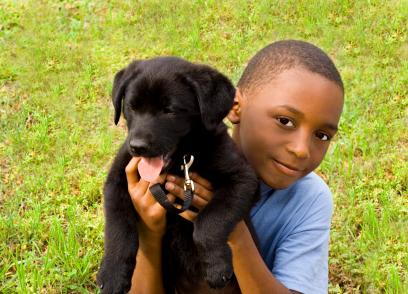 While most pet owners in the Chester County area are familiar with the risk Lyme disease, there are other diseases that can be transmitted to your dog via tick bites. One of these infections is called anaplasmosis. Anaplasmosis is often found in the same geographic areas as Lyme disease and is transmitted by several kinds of ticks, including the deer tick and the brown dog tick. Like Lyme, the infected tick must have a blood meal to transmit anaplasmosis, which means staying attached and feeding for about 24-48 hours.

There are two kinds of anaplasmosis infection, caused by two different bacterial organisms. The first type of infection is caused by Anaplasma phagocytophilium. The symptoms of this infection can be very similar to Lyme disease, including joint pain, lethargy, loss of appetite, and fever. Sometimes, vomiting, diarrhea, or respiratory symptoms like coughing might occur. In rare cases, there might be neurological symptoms such as ataxia (wobbling) or even seizures. It is also possible for a dog to have a subclinical infection with this type of anaplasmosis, meaning an infection that doesn't show any visible symptoms. Because they share a common range and vector host (the tick), co-infections of Lyme and anaplasmosis can occur. Dogs infected with both organisms are more likely to show active symptoms.

The second type of anaplasmosis is caused by the organism Anaplasma platys. Infection with A. platys causes what is known as Infectious Cyclic Thrombocytopenia. “Thrombocytopenia” means low platelet count. Platelets are found in the bloodstream of healthy animals and people. When injury occurs, such as a cut, platelets are responsible for forming a blood clot or scab, which stops the active bleeding and allows healing to proceed. About 8-14 days after exposure to A. platys, an infected dog will show severe thrombocytopenia lasting for about 1-2 days, after which the platelet count will begin to rise again, only to drop back down 1-2 weeks later. This cycle of low and recovering platelet counts will repeat over and over again, which is why this is called a “cyclic” thrombocytopenia.

Low platelet count is a very serious condition. When the blood cannot clot properly, even small injuries can lead to excessive bleeding. Sometimes, an animal with severely impaired clotting function will begin to bleed internally, which can be a life-threatening condition if not detected early. Dogs infected with A. platys will usually show symptoms such as fever, lethargy, enlarged lymph nodes, pale mucous membranes, nosebleeds, or a particular pattern of tiny bruises known as petechia.

Both types of infection can be detected by our in-house SNAP 4Dx test, the same test that we use to check for Heartworm and Lyme disease. If your dog tests positive for anaplasmosis, it is important to perform bloodwork even if they are not showing outward symptoms, to make sure that their platelet count is at a safe level and to look for other changes that may indicate an active disease, such as changes to red or white blood cell counts or certain enzymes in the bloodstream. Dogs with disease signs, either outwardly or on their bloodwork, are usually prescribed the antibiotic doxycycline for 30 days. Typically, dogs will start to feel better within 1-2 days of starting antibiotics, but it is important to finish the whole course prescribed by your veterinarian! If your dog's platelet count was low, repeat bloodwork may be needed to monitor his or her recovery.

The best protection against anaplasmosis is a diligent tick prevention program. At Eagle Animal Hospital, we recommend year-round use of a topical flea and tick preventative such as Vectra3D to kill ticks before they are able to transmit anaplasmosis or other tick-borne diseases to your dog. Remember to perform tick checks when coming in from outside, especially around areas like the eyes, lips, and between the toes. Don't forget to check yourself and your kids, too! Just like Lyme, anaplasmosis is a zoonotic disease – one that can affect people as well as animals. You can't catch it directly from your dog, though; it can only be transmitted via the bite of an infected tick. We will also test for anaplasmosis, along with Heartworm, Lyme, and another tick-borne disease called ehrlichia, every year at your dog's wellness exam.

DVM 360 Magazine “An Update on Anaplasmosis in Dogs” April 2008 http://veterinarymedicine.dvm360.com/vetmed/article/articleDetail.jsp?id=506867&pageID=1&sk=&date=